Northern lights are difficult to describe.
When I tried to explain the phenomenon to people surrounding me, it always sounded to be far from the experience these lights had immersed myself.

To nourish my project, I had to plan a trip in the most northern Scandinavia cities and chase the auroras again, before they would disappear in the light of spring. 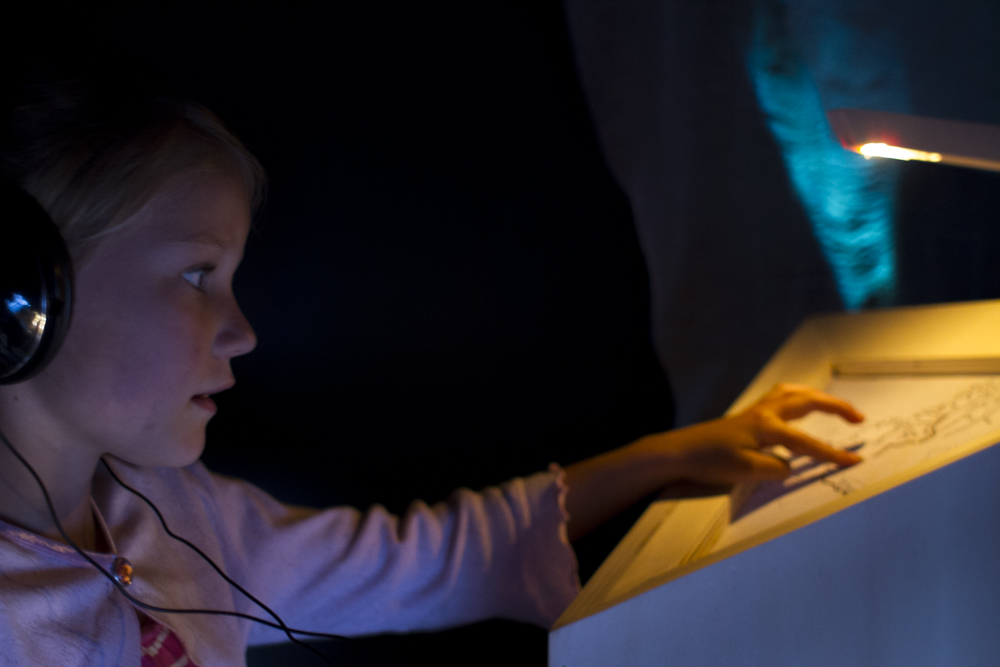 This project 65°-75° was presented in two parts for my diploma:

The first was a journal of my journey that counts every step through various data:
Photographs, coordinates, weather, path, and state of mind.
More informations about the book itself here.
The second part was an interactive installation in which I invited the audience to a quest of the Northern lights.
I wanted them to feel around this unknown places like I’ve been doing through Sweden and Norway.
They were encouraged to find the way I had drawn on this almost indecipherable map. If they found my path, they could trigger light and sound pulses projected on the curtains around them.

In this research, visitors had to remain silent and patient, because their voice could disrupt the lights. 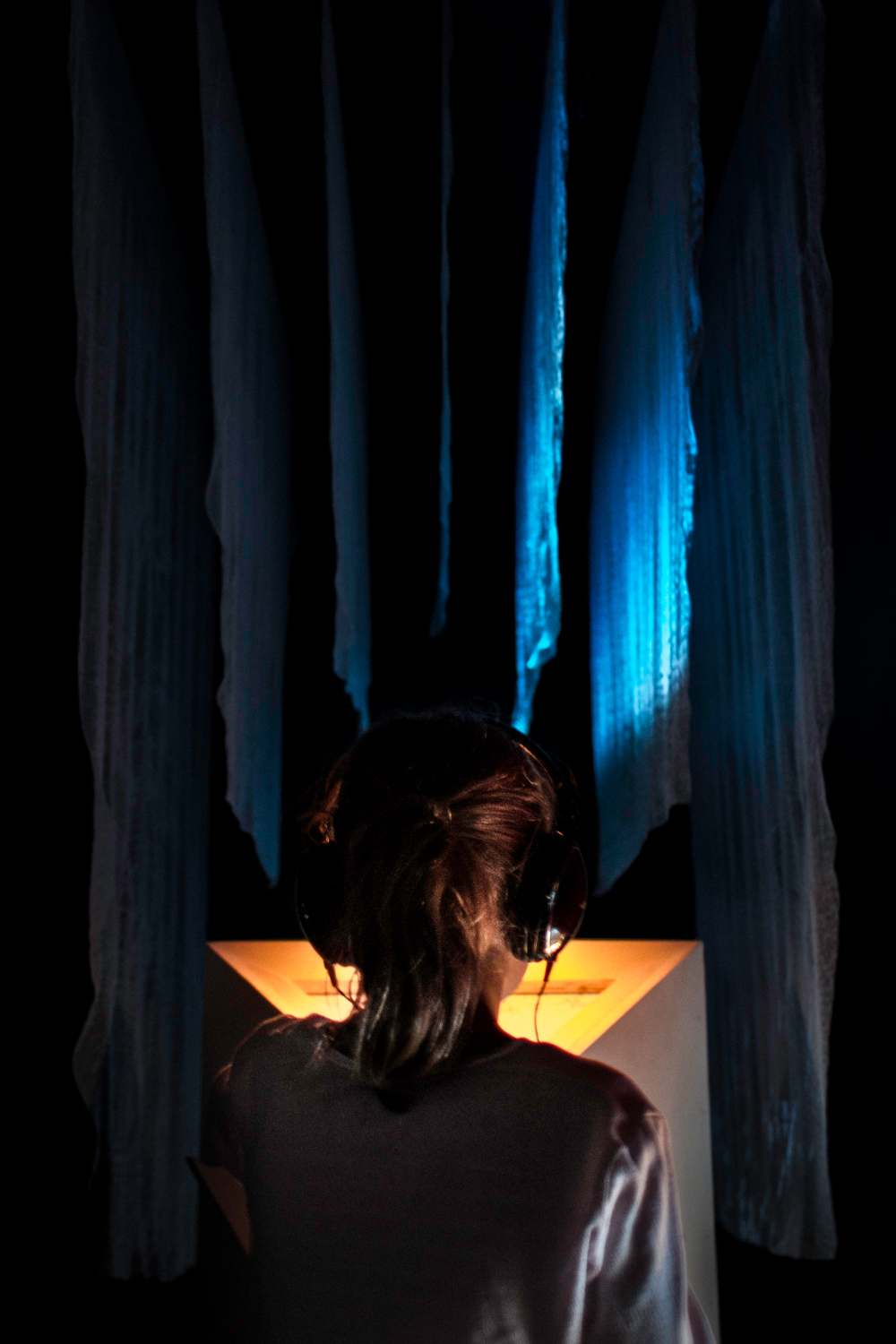 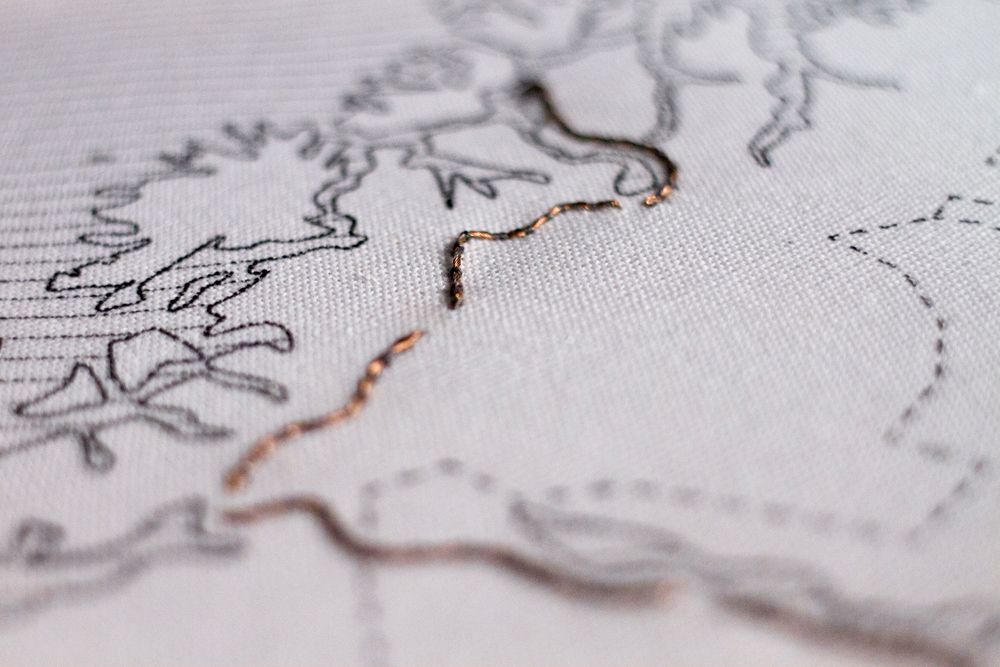 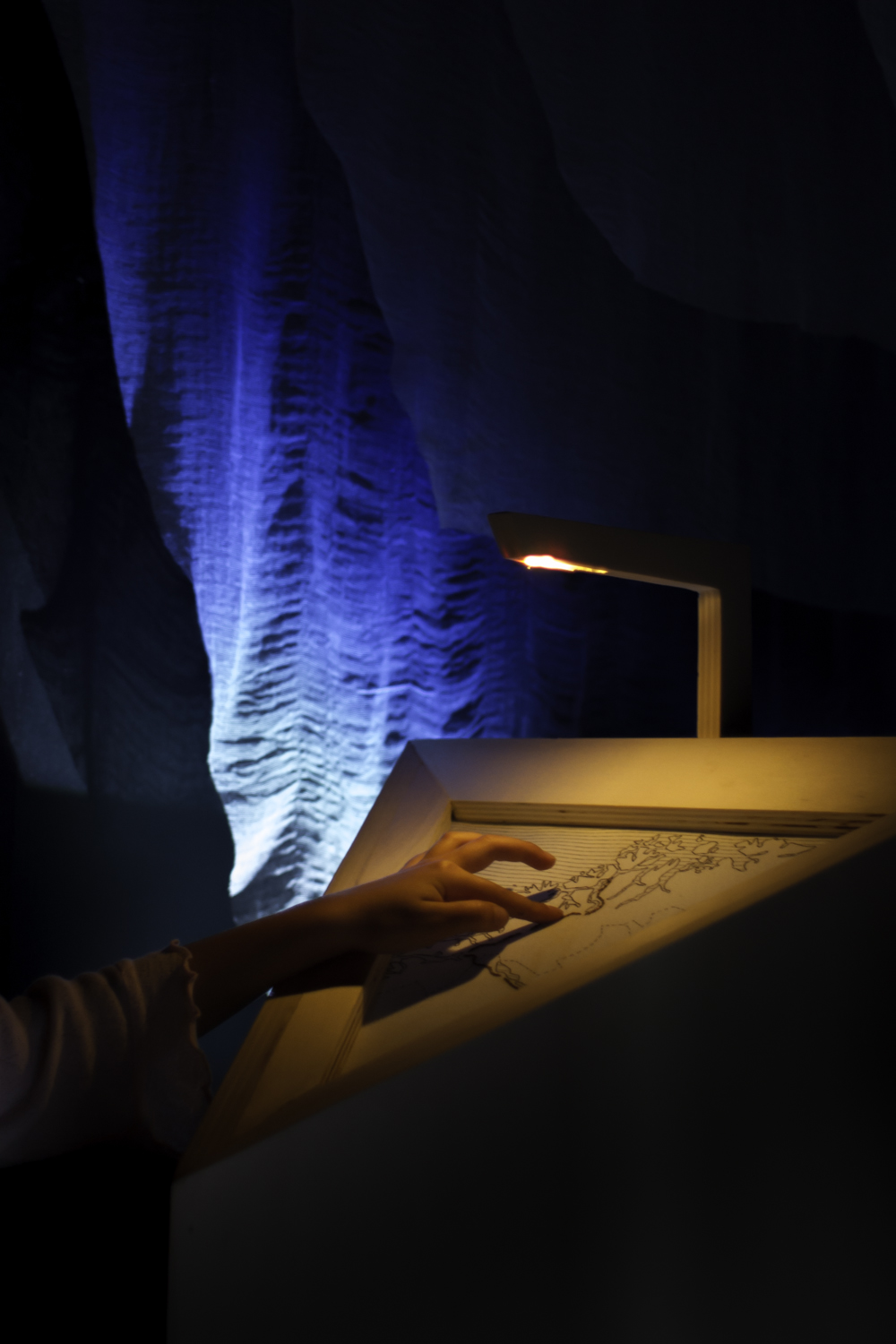 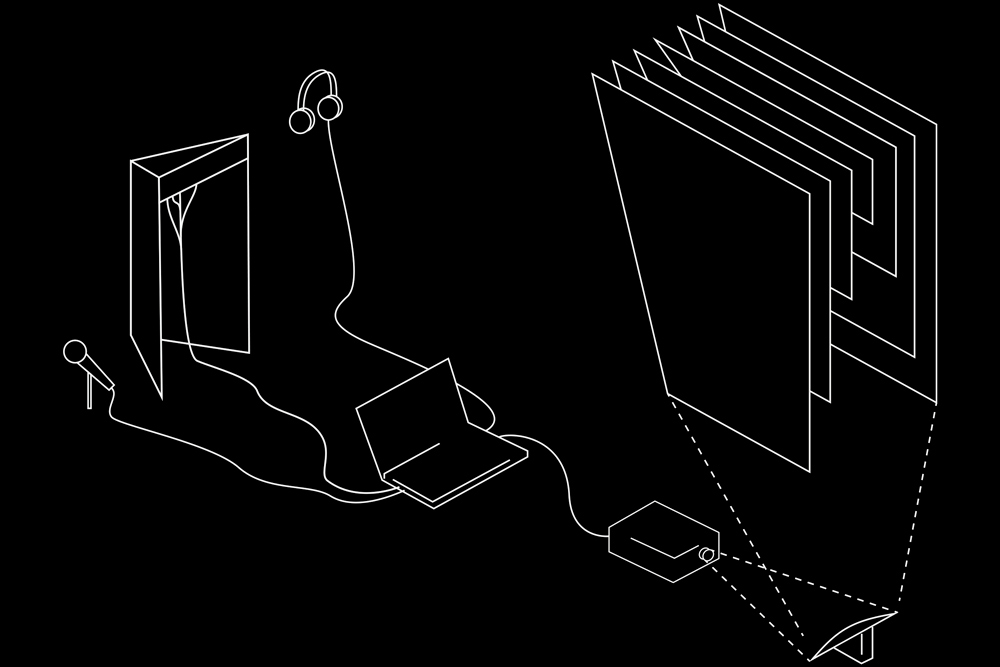 In order to let viewers triggering projections and soundscapes, the map of my trip is sewn with touch-sensitive conductive thread.
Each thread is connected to an electronic board (Arduino) that sends messages to a computer.
These messages are scanned and converted into a audio-visual software in real time.

A microphone placed in the console captures the sound atmosphere.
The software analyses the tune and loudness and generates appropriate perturbations onto the projection and through the sound.

Sounds used in this installation were recorded during my trips in the North, and then reworked to immerse the viewer in a very special atmosphere.
Projected visuals are translations of these sounds. It’s motion design made with After Effects.
The suspended sails give form to a three-dimensional space, so I had to simulate their volume in order to project in two dimensions (mapping).
It’s this precise cutting of each piece of fabric wich allows me to animate them independently. 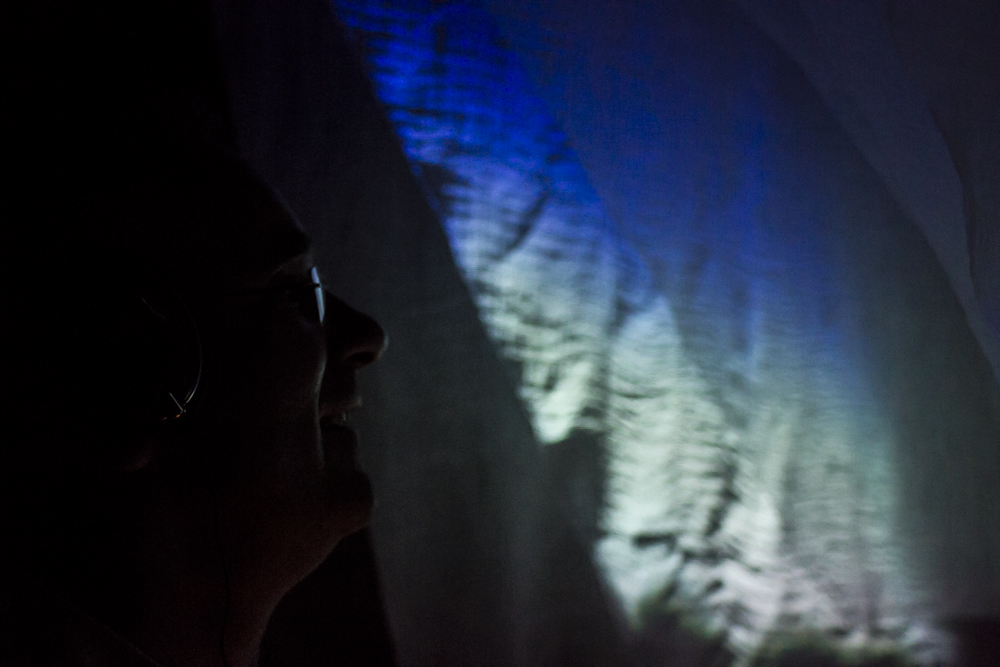 The fabrics were for me the best solution to represent the softness of the aurora.
Their ability to float with the slightest breath of air translating perfectly the life which animate Northern lights. 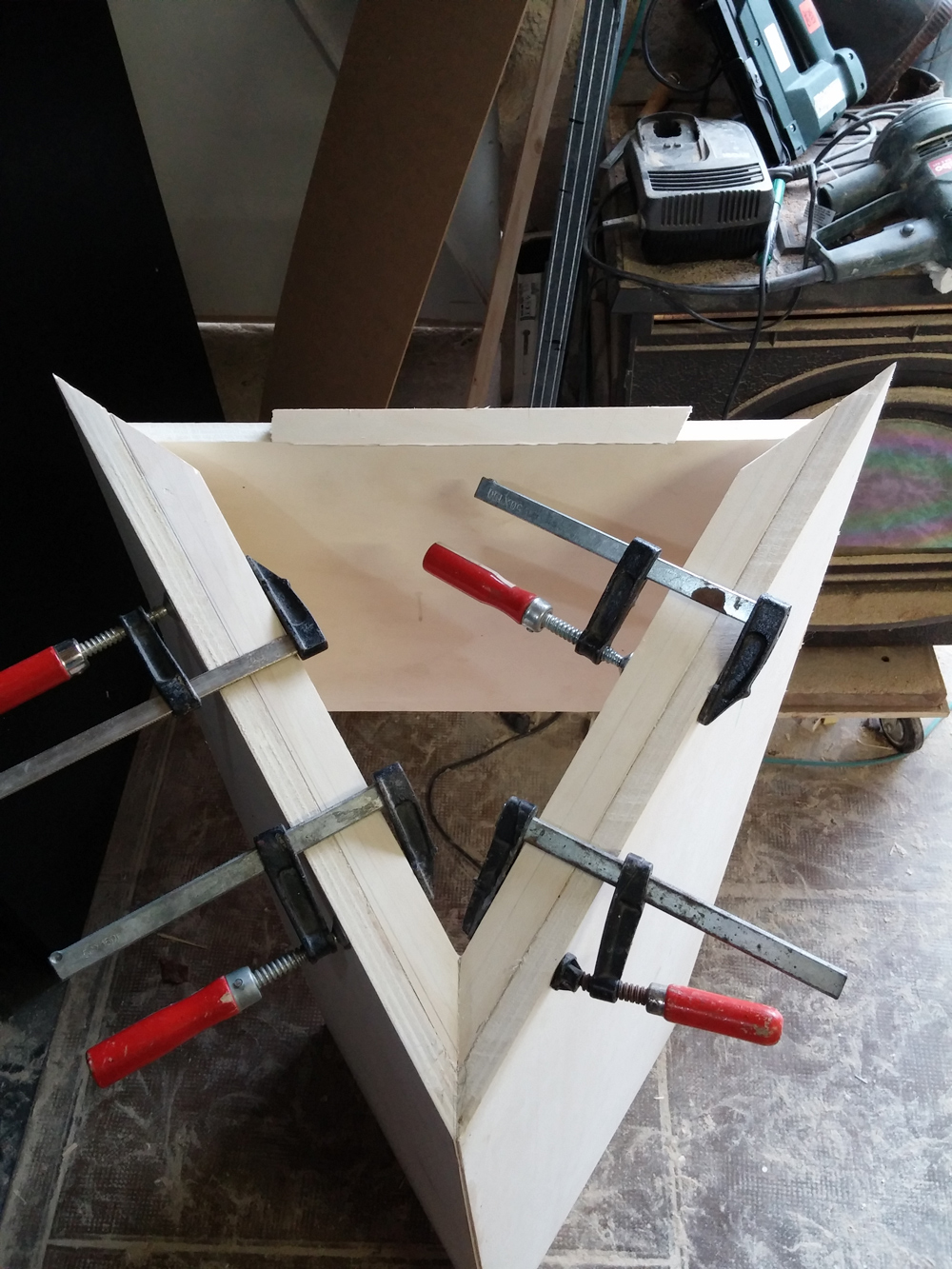 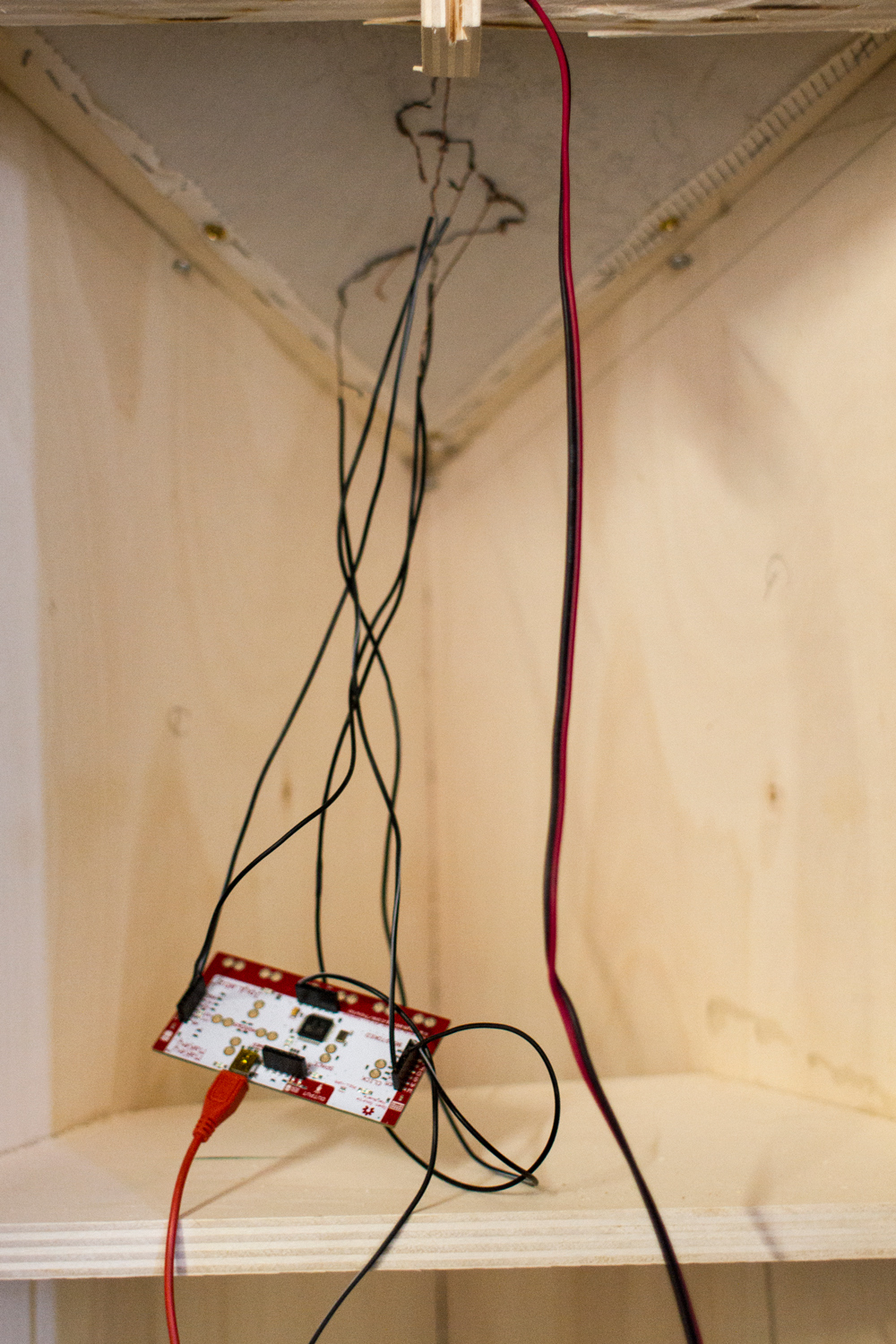 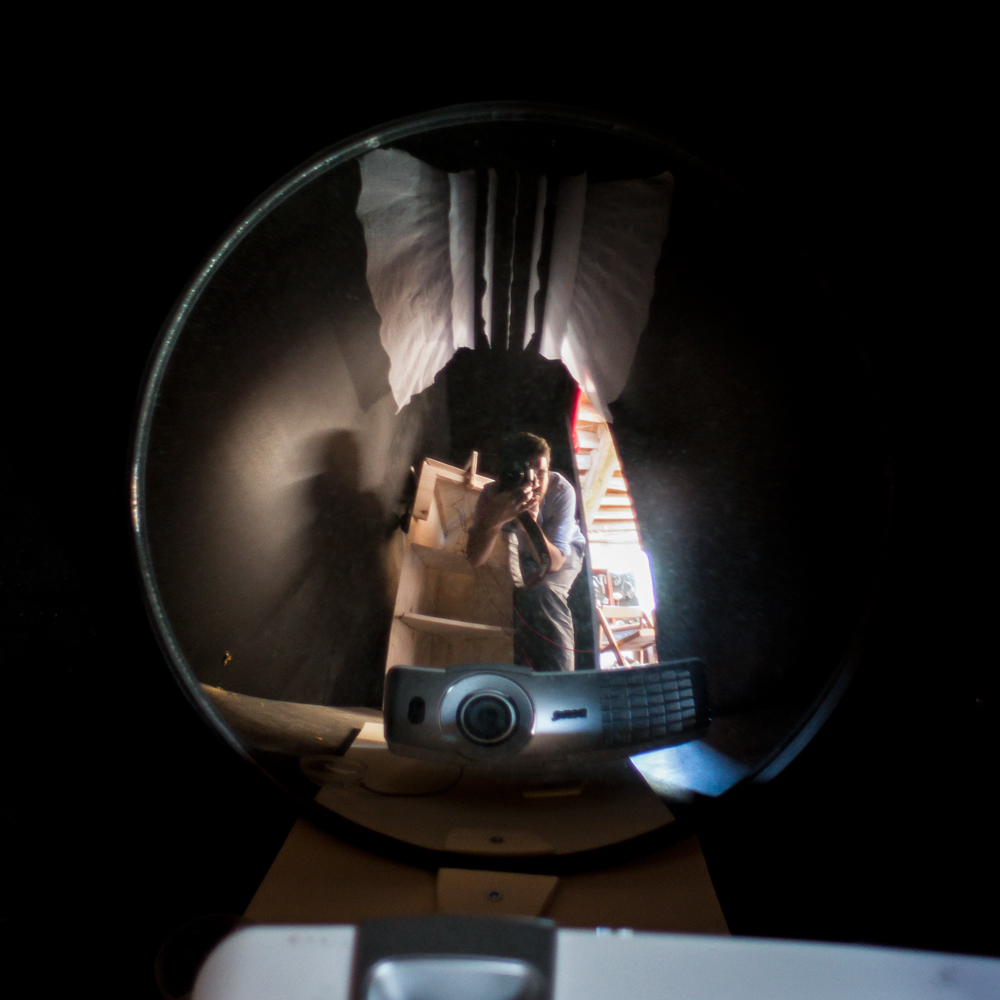 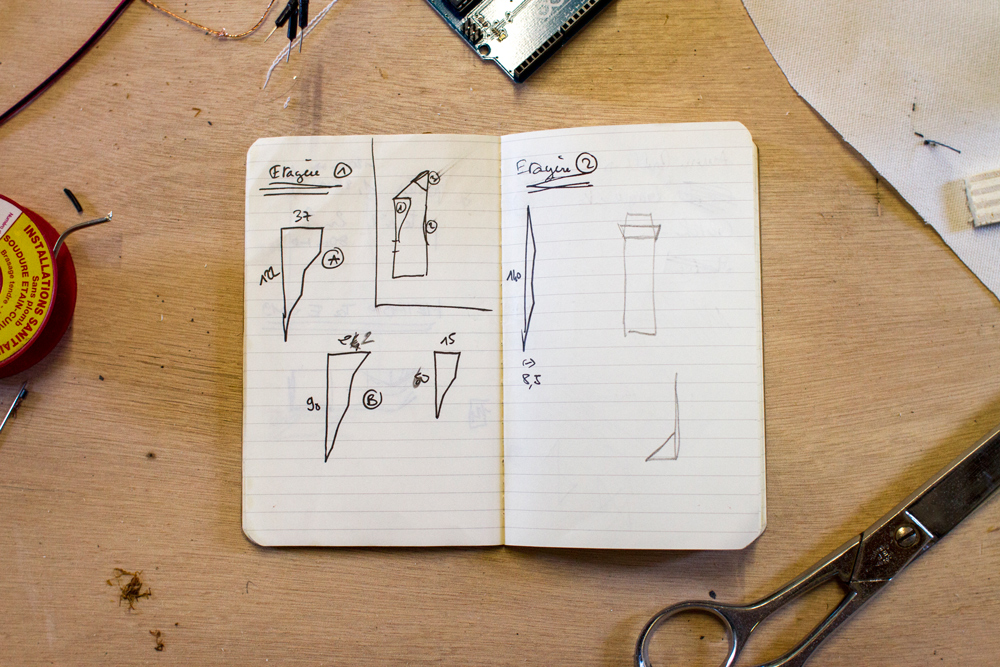 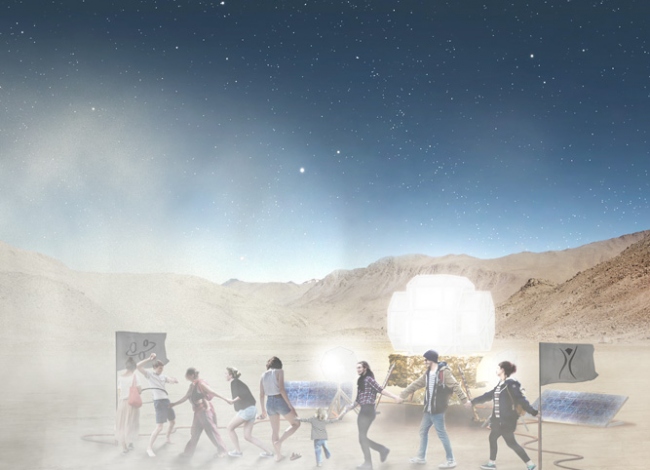 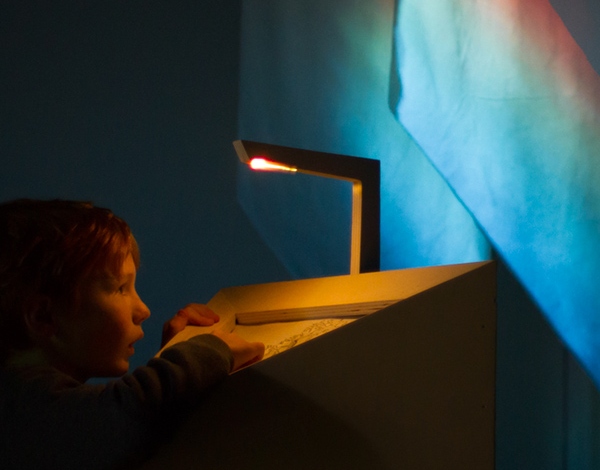 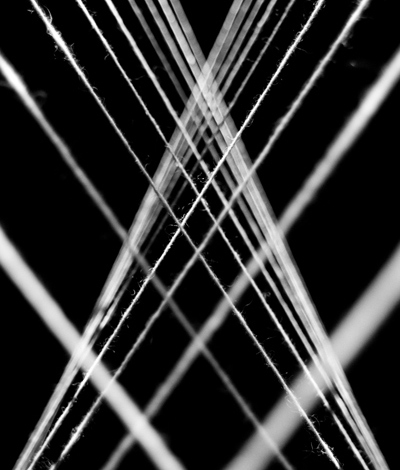